If you grew up in the 1960s, Zanzibar was in the realm of the mysterious, exotic, and far away. Various books and movies (perfect example: “Road to Zanzibar”) played with the island’s historic role as a centre for the Arab slave trade and as a major source of spices for Europeans. In fact the “spice islands” were once the world’s main source of clove, but they also now grow and export lemongrass, nutmeg, cinnamon, turmeric, vanilla, chili, and black pepper. Some of our favourites!

But even with all this spice production, it is tourism that is beginning to bring in more foreign currency— people from around the world attracted to soft sandy beaches washed by the warm Indian Ocean, and in some places, enough wind to attract serious kite surfers.

We started with two weeks in Nungwi at the northern end of Zanzibar, in a small beach bungalow just 50 paces from the beach. Breakfast was in a open-air dining area facing the beach and we had exclusive use of beach lounge chairs out on the beach itself. Breakfast featured a huge plate of fresh island fruit and eggs any style – a good start to the day. It was interesting that the bungalows and hotels in Nungwi have attracted Czech and Russian tourists in a big way — we hardly heard any English spoken except when our fellow visitors ordered drinks or meals. Nearby, there are some resorts that cater exclusively to Italians, who were apparently the first to invest in this part of the island.

“Beach boys” as they are called, come by every few minutes offering deals on snorkelling, fishing trips, spice tours, and more, or selling crafts they claim they carved themselves. And then there are the “Maasai boys” from the northern region of Tanzania, dressed in red tartan cloth and carrying sticks or clubs, posing for photos and sometimes selling crafts they also claim to have made. Lastly, women regularly come by offering massages — seems unnecessary when you’re relaxing in the sun and have forgotten all about work and other stresses.

We did head out on a large traditional wooden dhow, although the Yamaha outboard that supplemented the traditional triangle sail would obviously be a 20th century addition! The goal was to snorkel around the Mnemba atoll — we saw lots of small colourful fish and some unusual starfishes, but we’d probably have to be much further out, or join the divers to see more.

Next stop for two weeks was another beach bungalow, this time down the southeast coast near the old fishing village of Jambiani. Once again, our accommodation was 50 paces from the beach, and included breakfast: a plate of fresh fruit, eggs any style, and toast or pancakes. And right out front, beach lounge chairs. The beach here receives much more seaweed than in the north, but staff rake the area out front while locals collect seaweed along the beach — some of it is dried for export but we learned that one type is used in the local manufacture of soap.

A national park just north of here is a refuge for the endangered Red Colobus monkey, found only on Zanzibar — but we were lucky that a family regularly visited our area — once coming down from the trees just long enough for me to get a clear shot of the otherwise energetic baby in the group (below).

A family member begged us to try The Rock, a famous restaurant built on a big chunk of rock that sits out in a small bay a few km north of here (photo above); at high tide you are rowed out. We were able to walk to the front steps and take our seats with a view out to the Indian Ocean. Excellent food and wine, but our favourite dish was the “zanzibar-spiced” vanilla ice cream. Real vanilla. Cumin. Yum, the best ice cream we have ever tasted!

We spent our last couple of days on Zanzibar in Stone Town, briefly a Portuguese mission before the Sultan of Oman decided he wanted Zanzibar for himself. Successive sultans built first a fort then a palace, all from which to control the trade in cloves and other spices, and profit from human misery. Sadly Zanzibar was the last territory under British influence to abolish the slave trade. And although the sultan’s so-called House of Wonders was the first building in Zanzibar to feature electric lights and the first in East Africa to have an elevator, it is now in such a state of disrepair visitors are no longer allowed inside. The Sultanate of Oman is apparently funding the restoration of this building, still the tallest building in Zanzibar. It would be great if the restoration work didn’t stop there — although we enjoyed wandering the ancient alleys of Stone Town, the whole place is one of the dirtiest and most decrepit historic neighbourhoods we have ever visited.

Oh by the way, Farrokh Bulsara was born here. You may know him better as Freddie Mercury, former lead singer for Queen (now deceased). We dropped by the building his family supposedly lived in — there is some debate as to whether this is the right place or not, but a sign and short description of his life is posted by the front door 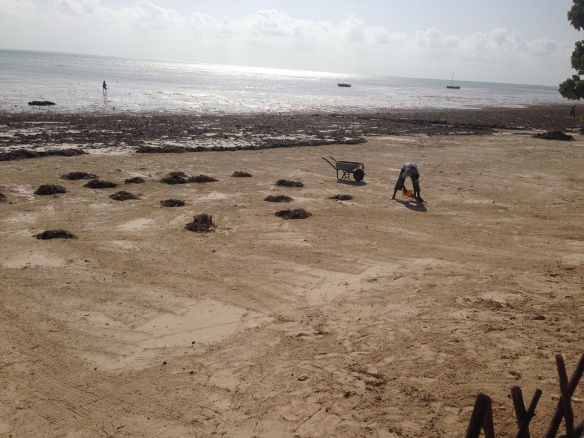 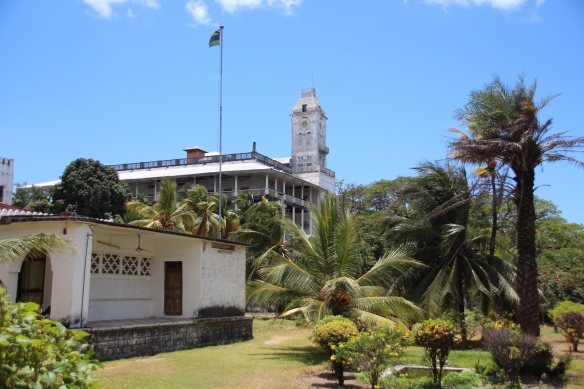 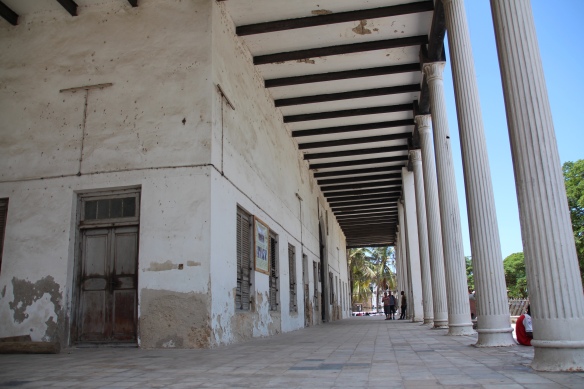 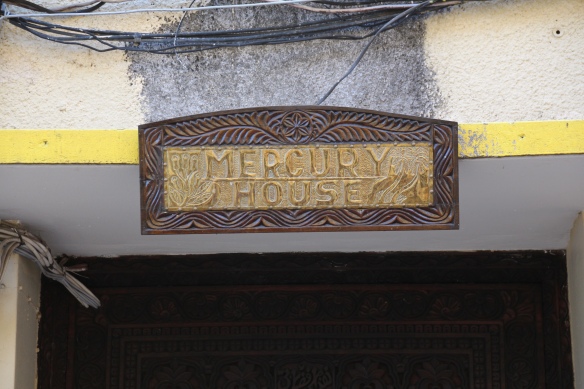