From a small wetland area in the park across the street, to numerous beaches, mountains, and nature reserves, Cape Town has a lot to offer nature lovers. That would be us!

Table Mountain is the iconic background in almost every photo you see of Cape Town — it’s tall, wide and has a remarkably flat top. The prevailing wind comes from behind the mountain, and when the weather conditions are right, the misty cloud cover looks like a table cloth draped across the flat top. Fortunately, the city has enforced a limit on development up the slope facing the city except for the lower cable car station. By the way, we’ve reached the top of many mountains over the years, this is the first cable car we’ve been in with a floor that rotates 360 degrees in the time it takes to reach the top, giving everyone a view in every direction. Very cool.

Table Mountain is also the name of the national park that includes the big chunk of rock watching over the city, as well as a series of mountain peaks that stretch down to the Cape of Good Hope (the most southwesterly point of continental Africa). The Cape was once more infamously known as the Cape of Storms and the underwater home to hundreds of ship wrecks.

One of the most popular attractions is not far from here — Boulder’s Beach is home to a unique colony of African Penguins. South Africa National Parks has constructed a raised boardwalk that winds through the large boulders that give the beach its name and offer penguins shelter from the wind. They were moulting and preparing nests when we visited, so most were just hanging out on the beach. They can’t swim or eat for about three weeks while they’re moulting and many looked rather ragged and lethargic — but the walkway allowed us to get really close to the penguins without getting in their way or otherwise interfering with their daily lives (if you don’t count being watched by a steady stream of strangers for several hours every day!).

Cape Town is a sprawling city of over 4 million people but it also includes dozens of small and large nature reserves. We caught the city bus to one such nature reserve about 30 minutes from the downtown core. We walked through the open gate, past a small lake for sail boats and boarding, and into the bird sanctuary. A raised boardwalk lead us to a blind overlooking the wetlands.

And there they were, mostly at the other end of the reserve, hundreds of Lesser Flamingos. They are smaller and looked more pale than the flamingos we saw in South America, with very different colouring around the eyes. A few came our way so we could have a closer look, but in the meantime, numerous other birds flew by or perched on bushes near the blind: white pelicans, a great white egret, Pied Avocats, a Pintailed Whydah, a Southern Red Bishop, and yellow warblers.

Of course, one of our favourite ways to enjoy nature is to soak up the sun on a sandy beach with waves crashing in the background. We visited several beaches in the Cape Town area, but our favourite was Camp’s Bay, a 30-minute bus ride to the Atlantic Seaboard. Sun, sand, waves, but on some days gale-force winds blew the sand so hard it felt we were being attacked by bees! Fortunately there was a grassy area we could retreat to, so no need to abandon the beach altogether. We ventured into the water, but this is the Atlantic Ocean. Refreshing, especially when the air temperatures reaches 39 degrees, but brrrrr! 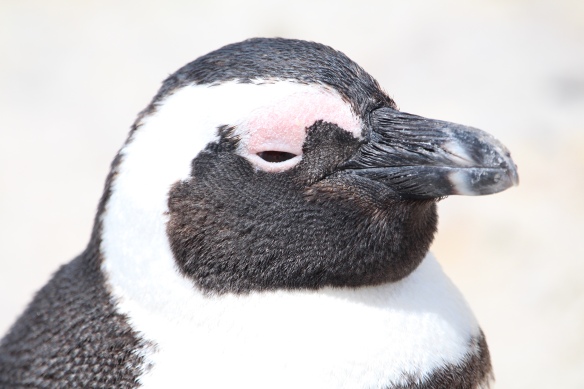 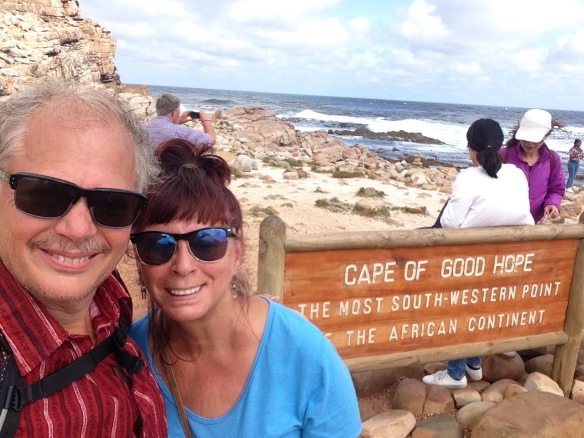 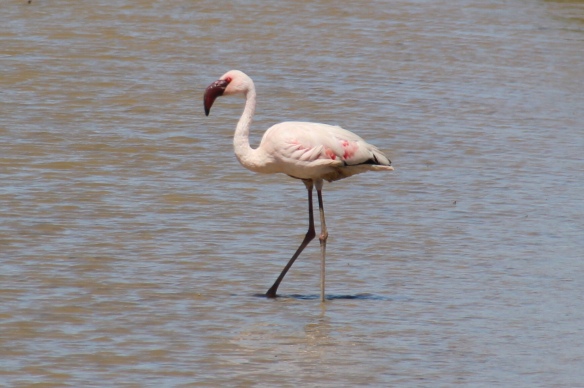 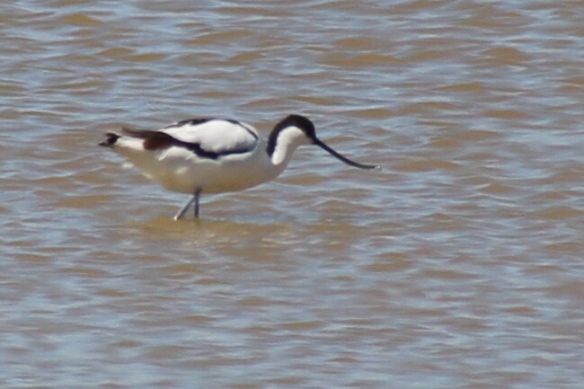 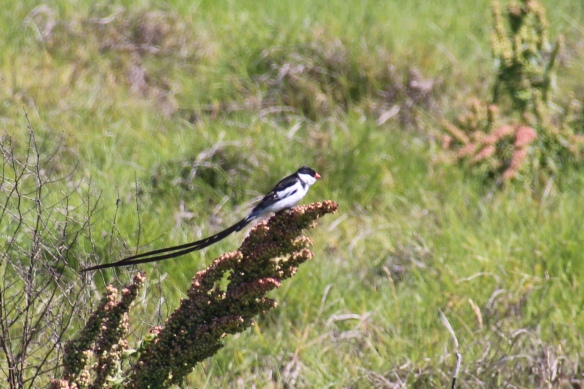 3 thoughts on “enjoying our feathered friends”