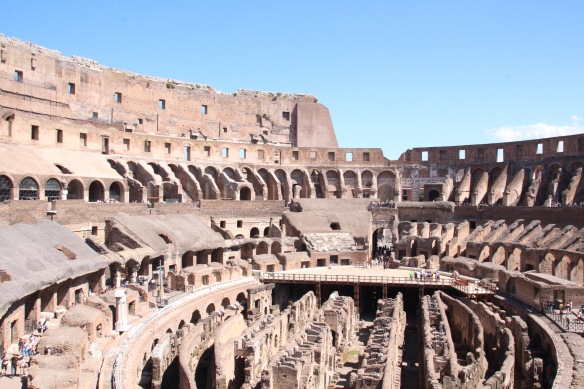 After a month in Malaga on the sunny Mediterranean coast of Spain, we spent three weeks exploring numerous cities and historic sites in Italy. We flew directly from Malaga to Rome, and on the bus from the airport to our first place to stay, we spotted the Colosseum, proof we had landed in the right city!

Our experience of Rome, and of Italian cities in general, is that they are the sites of ancient ruins and contemporary decay. While celebrating their history, Italians don’t seem to be paying much attention to the present when it comes to infrastructure and civic services: the sidewalks, roads, buildings, and public spaces are in varying states of disrepair or abandonment. A few centuries from now, will visitors be wandering through the ruins of various Italian cities, reading about a once thriving civilization that failed to properly invest in the future?

In the meantime, Rome presented us with the iconic Colosseum, the Vatican museums, the massive ruins of the Baths of Caracalla, the remains of numerous palaces and temples in the Palatine/Roman Forum areas, and the opportunity to criss-cross the city by tram. We tried a few brew pubs and discovered our favourite, Brewdog Roma, is actually an import from Scotland!

From Rome we scooted down to the town of Scafati in order to wander through the nearby ruins of Pompeii. One of the few things I remember from high school social studies is doing a report on the volcanic eruption that completely buried this ancient Roman town almost 2000 years ago. The descriptive panels indicate that while many people died from the volcanic debris, it was the wave of toxic gas that killed people in mid-motion. Which also means that when anthropologists started digging through the ruins hundreds of years later, everything was just as it was at the time of the eruption, and that helped them understand much more about first century Roman life than was possible before this discovery. We spent a full day wandering these ruins and seeing some amazing ancient frescos and tile work.

We then headed north to Florence, taking in more art and history, with the highlight seeing Botticelli’s The Birth of Venus, along with Leonardo da Vinca’s famous unfinished (and carefully restored) The Adoration of the Magi. We also took a day to visit Pisa to see for ourselves, and climb, it’s famous leaning tower. Apparently a few years ago it was leaning too much and so they brought it back to the “original” 4% tilt. Great view from the top, all 297 steps up!

One of the attractions everyone said we had to visit in Italy was Cinque Terre, five little villages perched on coastal cliffs and down by the water that have become a major tourist destination. We visited and drifted around four of the villages, but it was the next day in Porto Venere, on a point south of the Cinque Terre, that felt more charming and relaxed — no hordes of tourists dashing about trying to see everything.

We didn’t know it at the time, but one of the claims-to-fame of our next stop, Verona, is the balcony that Shakespeare immortalized in Romeo and Juliet. It’s a major tourist attraction in the centre of the old part of town. We stopped by but did not get in line with tourists paying 6 euros each to have a turn standing on the fabled second-floor balcony. We did catch the train to Venice for a day, and joined a free walking tour that got us into some areas of the city less travelled. Our guide was quite good, and had recommendations for us around where to eat (“just wander into the side streets and get lost, if the menu is only in Italian and there are no pictures, eat there”), and to head for a rooftop terrace located above a luxury department store for a bird’s eye view of the city.

The city is sinking, the water is rising, and some say tourism is ruining the whole place anyway — turning it into another soulless Disneyland. Apparently UNESCO has even said the city needs to get it’s act together or it will lose it’s status as a World Heritage site.

Of course we didn’t experience everything “Italy”; that would obviously take many months, perhaps years. But we certainly enjoyed the art, history, cities, and landscapes we did find and wander through. 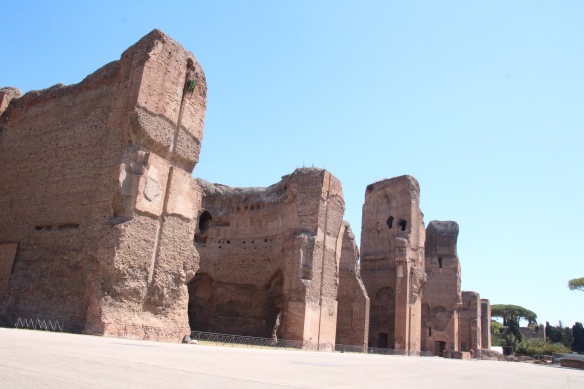 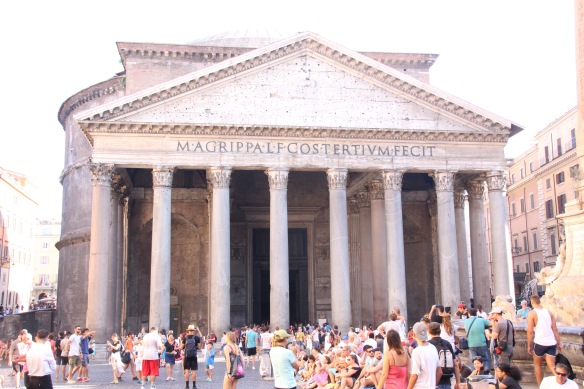 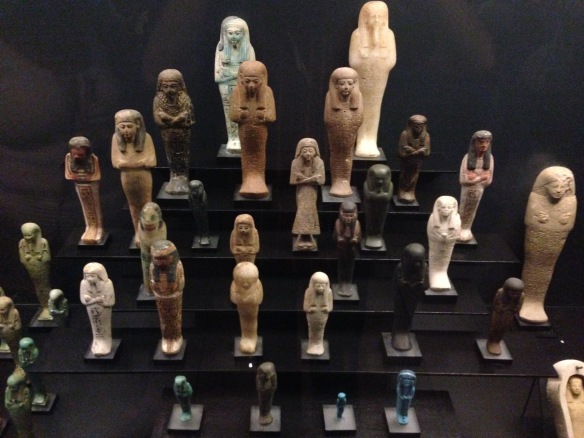 The Vatican Museums have an extensive collection of ancient Egyptian art and objects. 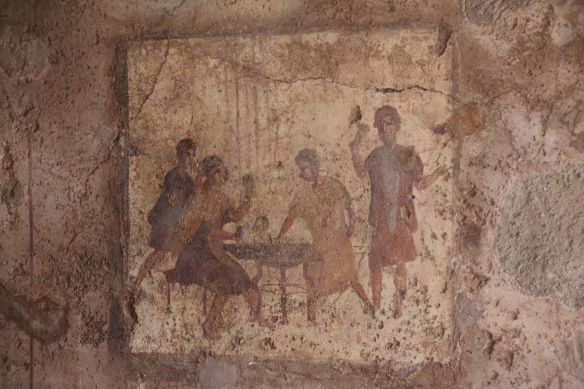 Many of the houses in Pompeii features wall paintings, from single animals to scenes like this one. 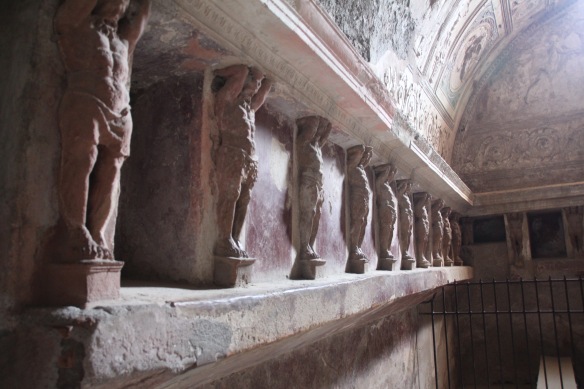 Inside on the the public baths in Pompeii. 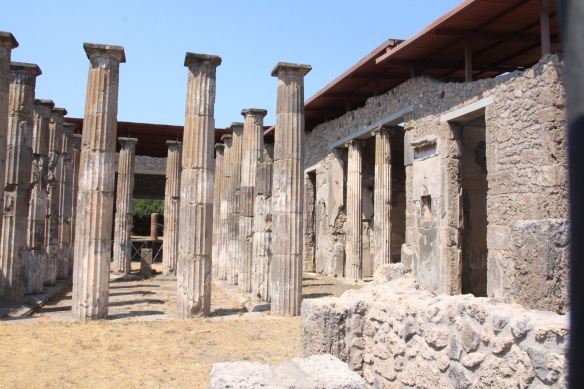 Pompeii columns, either a mansion or a temple. 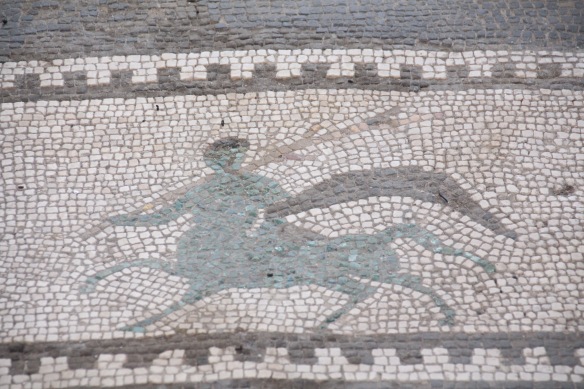 One of numerous tile floors that survived the eruption that buried Pompeii. 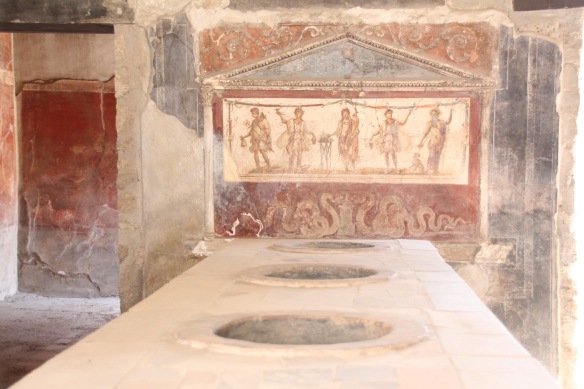 Pompeii shop, possibly a bar, with a fresco on the back wall. 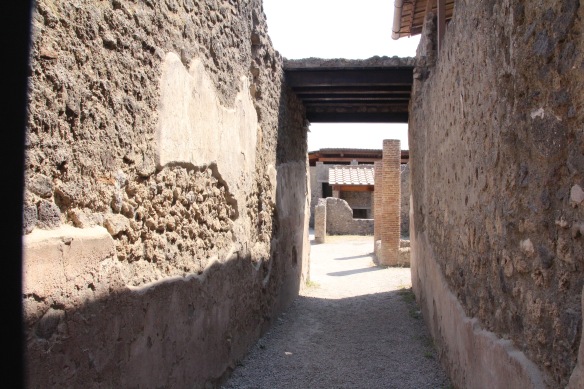 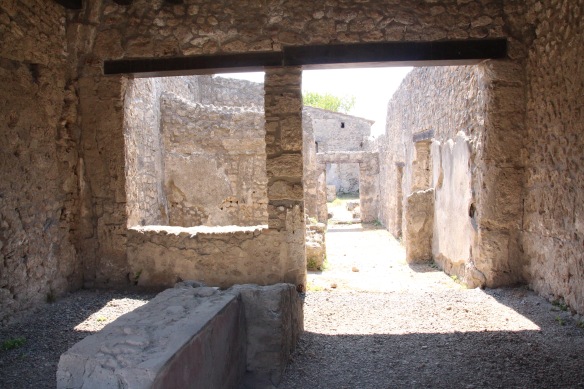 Pompeii was a favourite summer place for wealthy Romans. 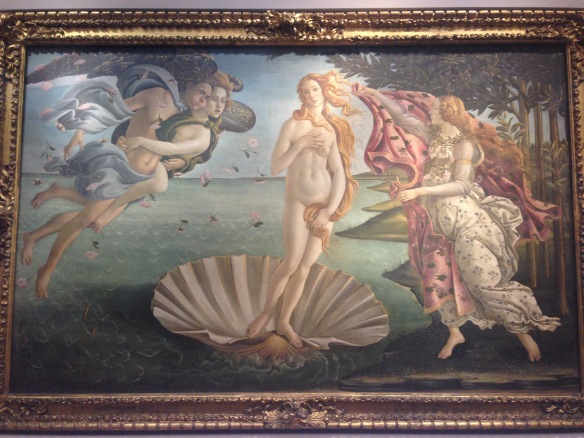 The Birth of Venus by Botticelli, at the Uffizi Museum in Florence. 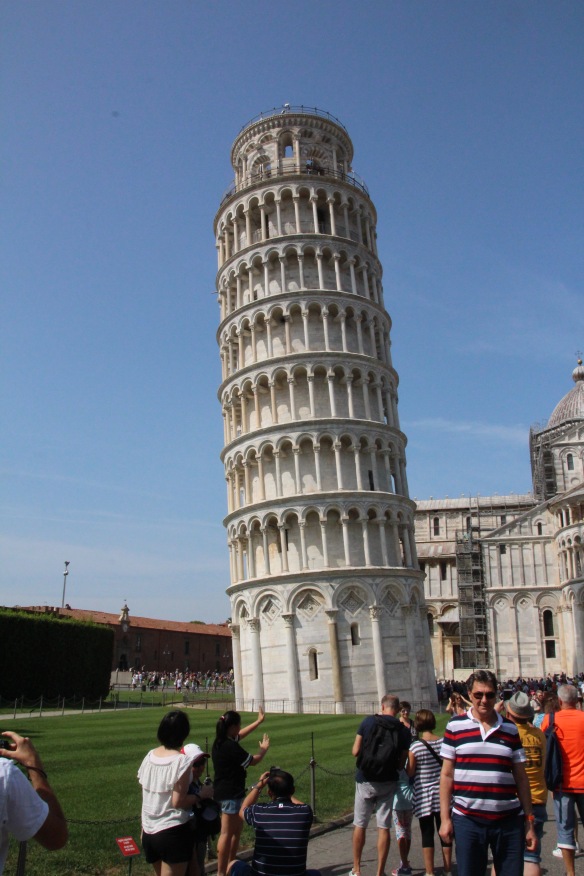 The tower in Pisa really is leaning! 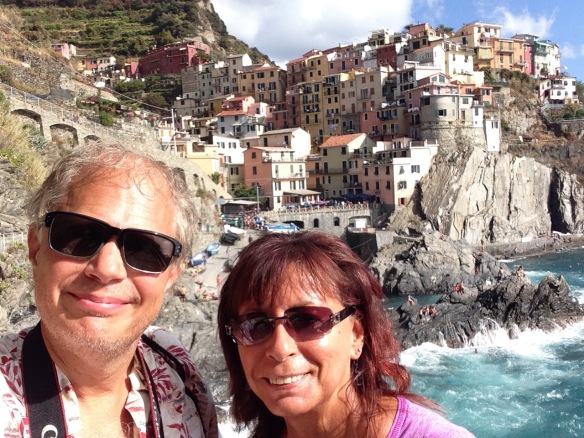 One of the classic views of Cinque Terre. 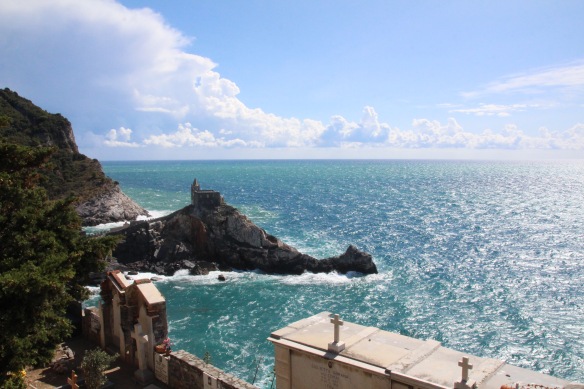 Porte Venere, just south of Cinque Terre — there was a wedding underway in the ancient church on the rocky point. 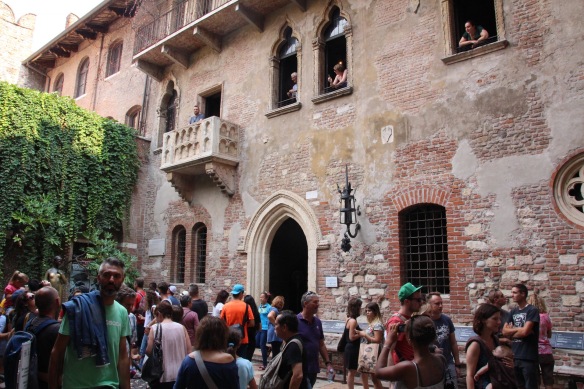 Crowds gather in Verona to see Juliet’s balcony, some pay to stand in it for about 30 seconds. Not us. 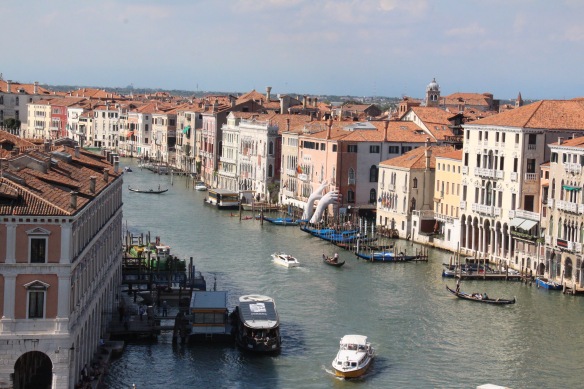 Venice and the Grand Canal