As you watch the landscape zip by at 300 km an hour, even though you’re on a train you feel like you’re flying. We travel a lot by bus when we’re on the road, this time we thought we’d try a high-speed train for the first time, as we moved from Madrid to Barcelona. Very comfortable and very fast — we hope to hop more fast trains as we continue our exploration of Europe.

Fresh from the major exhibition exploring Picasso’s Guernica in Madrid, we headed for the Picasso Museum in Barcelona. He spent many of his formative years here and this museum, housed in a row of 13th to 15th century mansions, features several dozen of the hundreds of works he donated to the museum in 1970, including his earliest work at the age of around 15 (1896), and an extensive selection of his work through to just before and after World War I. The exhibition also showcases some work from the 1950’s, especially the 57 studies and the final large work he did based on his interpretation of Valazquez’s Las Meninas, and a few pieces from later in his career.

As usual we walked all over the city, down to the waterfront, along the Ramblas, a major pedestrian walkway that connects the waterfront to the oldest part of town, the Barri Gotic, and beyond. We also purchased a one-day pass for the Hop-on Hop-off bus that got us to the top of Montjuic where we hopped off for a picnic lunch overlooking the cruise ship terminal and out to the Mediterranean (in the photo above). We were able to complete all three routes and explore areas of the city well outside the main tourist area.

Everyone said we had to see it, so we stopped at the famous (infamous?) Sagrada Familia, the massive Antonio Gaudi-designed church that is both impressive and grotesque. Gaudi is the local architect wonder-boy, but we weren’t that impressed with this overwhelming project, still under construction, nor with the numerous mansions he designed for the wealthiest of the wealthy in Barcelona around the turn of the last century. Nor with the gated community he designed high in the hills overlooking Barcelona — only 2 of the more than 20 planned mansions were ever built and sold, and the wealthy industrialist who dreamed of a Gaudi-fantasyland for the rich eventually sold the whole thing to the city in the 1920s, which turned it into a park.

Barcelona has a vibrant craft beer scene, and we were able to sample the local products at a number of bars that were the size of tasting rooms, seating for 15 to 20 people, but with anywhere half a dozen to more than 20 local brews on tap. Our favourite spot was Chivuo’s Slow Street Food and Craft Beer — friendly service, good food, and excellent beer, what more could you ask for! Hmm, time for another round?

View from Park Guell, the failed Gaudi-designed gated community high above the rest of Barcelona

Sagrada Familia, half covered in tarps and surrounded by cranes as construction continues. 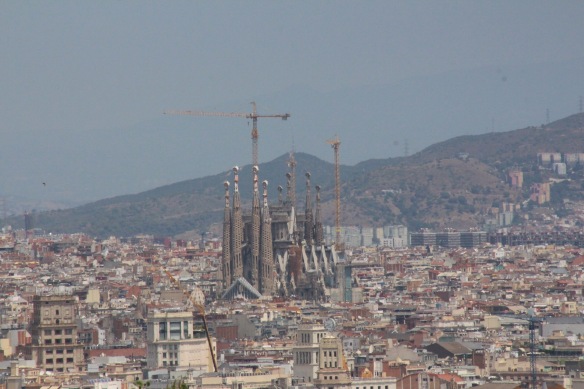 In case you were wondering just how big the Sagrada Familia really is.

One of many Gaudi-designed mansions scattered throughout Barcelona. Contrary to popular belief, the word “gaudy” did not come from the architect’s name, but we still wonder. 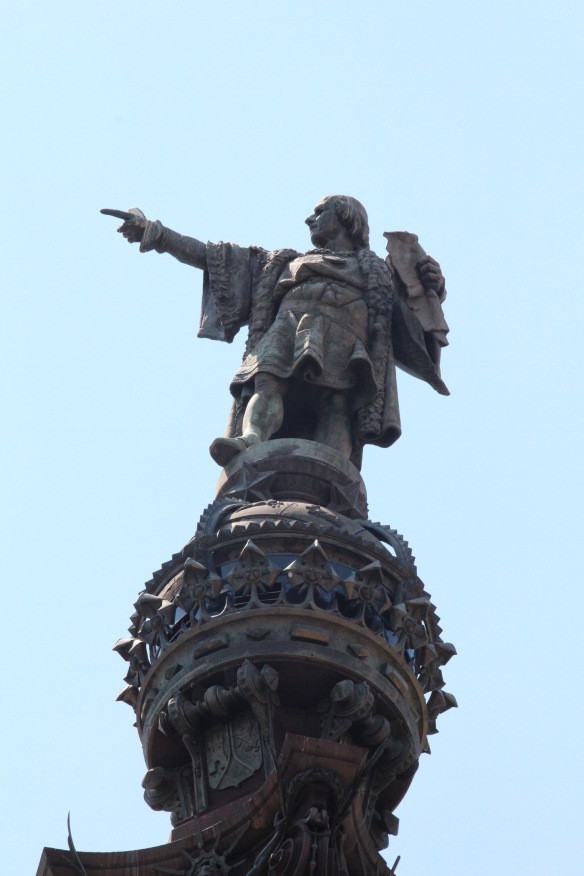 Who are you looking at?