Continuing with our series of looking back at travels we undertook before setting up this blog, today we turn to Copenhagen. We were there just 2 or 3 days in mid-2010, it was cold and wet most of the time but that never stops us from exploring a city, visiting a few museums, and sampling what the local brewers are offering (a theme regular readers will recognize right away!).

Copenhagen has canals (the rain has to go somewhere!)

The many outdoor patios along the canal would have been more fun if it was sunny and warm!

The main museum we visited was the Ny Carlsberg Glyptotek, created in 1897 to hold a growing large number of ancient statutes that Carl Jacobsen, the son of a Danish beer baron, had been gathering from throughout the Mediterranean and elsewhere. Over the years the collection, and the museum itself, expanded dramatically and now holds 10,000 statues and other works of art on display in this spacious complex.

Posing among the statues! 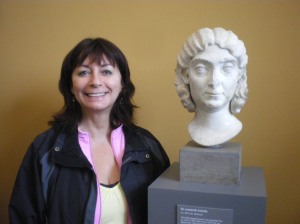 Posing among the statues!

We wandered streets and came across many interesting public art works. We don’t remember if the large green dragons guarding the town hall and overlooking a plaza had a story, perhaps best not to bother them! (But there is an explanation here.)

There be green dragons in Copenhagen!

There be green dragons in Copenhagen!

Of course we slipped into a few brewpubs and live music venues — and it was a shock to us that the smoke was so thick and heavy inside, coming as we were from Vancouver which long ago banned smoking in bars and restaurants. But in one bar (Mojo) we found live American blues, and in another we found an IPA. We also manged to pop into Charlies Bar, and yes, slipped into Farrellys The Irish Rover, reinforcing the idea we’ve expressed in many blog posts that there are few cities in the world that don’t claim to host at least one “authentic” Irish bar. Well as the ads used to say “Guinness is good for you”. 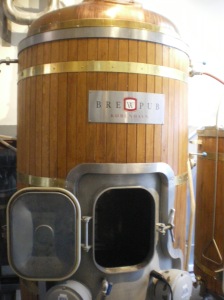 Apparently the only live blues venue in Denmark, and still going strong!