Hello from our cozy nest in Costa Rica.

We left our apartment building in Vancouver on the 19th of October and immediately broke into a run to catch an approaching bus. This brought back numerous memories of frantically running to catch buses, trains, and boats over the past five years of travel. We laughed, not quite believing this start to our vacation.

Our departure from the Vancouver airport was uneventful… through check in, through security. We walked around a bit and then settled by our departure gate. Then our names were called to go to the departure counter. They wanted to know where we were going, as we were travelling through the U.S., stopping only to transfer planes. We had already explained this to the USA immigration. All was good.

We then landed in Los Angeles airport. We found our waiting area, but it was over full, so we sat in the next waiting area. Looking around the departure area, it was a total opposite of our Vancouver airport. Not one bit of art, no colour on the walls, floors or anywhere. There was no coffee shop, restaurant or bar. We’ve been to better decorated and equipped airports in even the smallest and poorest of countries.

People were waiting for planes to Guatemala and El Salvador in our sections. Our next connection was to San Salvador, so we patiently sat making observations. We noticed there were a lot of elderly people waiting as well. Not only were they sitting in regular seats, standing or leaning against walls, they were sitting in wheel chairs. We had never seen so many wheelchairs lined up for one flight. There must have been at least 40 people waiting in these very basic wheelchairs. What we then realized was that the people in wheelchairs and their entire families are boarded first – maybe that explains the demand for wheelchair access.

Announcements were made in Spanish first and then English. We were watching, observing and then over the public address system, we heard both our names. We worked our way up to the departure desk… we heard our names one more time as we walked. We looked at each other… what the heck? The attendant was quite brisk with us… she took our passports, quizzed us on where we were going and demanded we produce our itinerary. We told her we had explained where we were going to US immigration. She had a strong Spanish accent, so was hard to understand. Again she demanded a written itinerary, otherwise she wouldn’t let us board. Don fortunately had this in our backpack… again all was good and we had our passports back. Yeah! It was obvious to us at that point, that none of the points of contact along the way were communicating or even had our flight itinerary, even though it was booked all at once through Air Canada. This has been the first time we have been questioned so many times in one trip.

When we arrived in San Jose, Costa Rica we stayed at the Marriot, which is the closest hotel to the airport. It was a great room and we did some food shopping at the cavernous Walmart, which was next door. We finally arrived in Puerto Viejo by bus the next day. It felt like coming home… not much has changed… and that is a good thing. More from this Caribbean outpost in a few days! 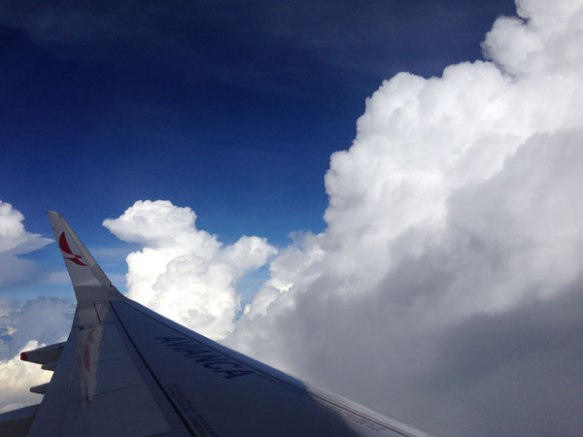 Our open floor cabin, bedroom upstairs and lots of wildlife all around

Here we are at Playa Cocles, 100 metres from our cabin 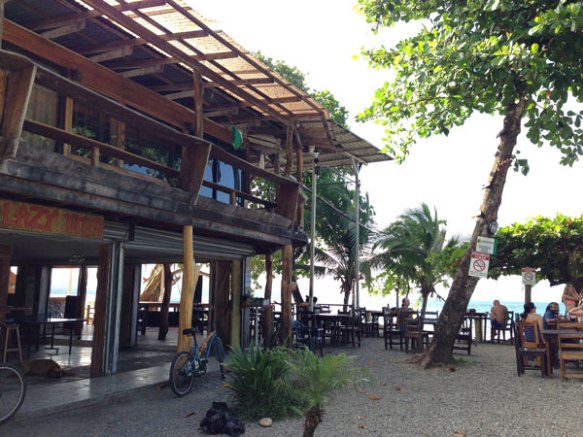 Howler monkeys wake up and howl at 5:30 every morning, sounds like a T Rex is approaching!

Grey-necked Wood Rail, clucks like a chicken, occasional screech would wake the dead!

1 thought on “return to the caribbean coast”