On Friday we spent the day at the Copan ruins, one of the most important ancient Mayan ceremonial sites in Central America. It earned that title for the level of preservation of the site and the wealth of hieroglyphics that have been uncovered there over the years. Most remarkable is a set of 63 steps, carved with some 1500 intricate glyphs – the longest known text left by the ancient Mayans – a record of all the rulers of Copan, their battles and deeds. The site also features numerous stelae – standing stone slabs erected to commemorate important events, with figures and glyphs carved in relief on all sides. The main area of the ruins is known as the “principal group” and features several temples, a great plaza, altars, palaces, residential areas, and a ball court. We wandered around the site in the very hot sun for about three hours, including a walk through the Jaguar tunnel – created by archaeologists but exposing inner chambers and showing how the visible pyramid was built over a pre-existing temple.

We also visited the museum on site, which features a full size replica of one of the original temples found within one of the pyramids, as well as countless original stone carvings that once adorned temples in the principal group of buildings as well as from residential and ceremonial sites up and down the Copan Valley. This was well worth the time as all the labels and maps were in both English and Spanish, so it helped us understand what we saw on site. All the photos below are from the ruins or museum. 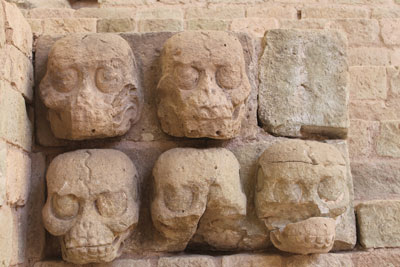 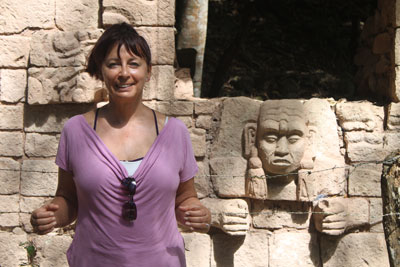 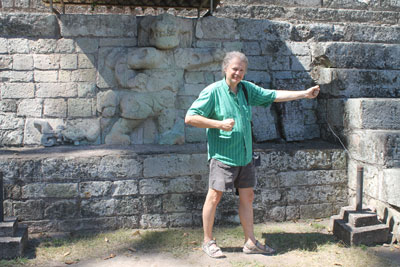 3 thoughts on “hot day at the ruins”